The Young Artists concert is particularly popular and satisfying because it is an important part of our youth outreach effort and presents the excitement of young musicians as they perform as soloists with the orchestra. We had a record number of auditions this year and also a record number of soloists selected for performance in the concert. You will see seven young players on stage displaying there considerable. musical skills.

Daniel Yao is a junior at Westlake High School. At age five, Daniel began playing piano under Dr. Louise Lepley and later with Mr. Edward Francis. At age nine, he began studying violin with Mrs. Shuwei Liu. For both piano and violin, Daniel has received awards in many events, including MTAC festivals and exams, YouTube Festimantic!, VOCE, and SYMF. During the past four years, Daniel has become highly involved in the local music scene, serving as concertmaster in his student-run orchestra, first violinist in his high school chamber orchestra, and soloist in a variety of productions and groups. This year, Daniel featured with fellow students to perform Vivaldi’s Four Violin Concerto with the Thousand Oaks Philharmonic’s Opus 54. When not playing violin, Daniel is an avid student of science and enjoys playing with his golden retriever, Mantou. He anticipates a career in business and technology, but remains open to what comes his way!

Esther Kim is a 12th grader at Westlake High School where she is the principal cellist at the WHS Chamber Orchestra and Symphony. She has been taking cello lessons from Wendy Velasco since 2014. She has won 1st and 2nd places in VOCE Competitions. Esther also was 1st place for the 2019 PV-VC MTAC Branch Competition, 1st place winner of the 2019 RYSO Romantic competition, 3rd place for the 2019 RYSO Classical competition, the winner of the 2019 Yazbeck Scholarship Competition, and has gone to Certificate of Merit State Conventions. She also plays the piano; she has participated and won many events such as the Southern California Junior Bach Festival PV-VC Branch Regional Honors, , the Regional winner of the SCJBF, National Federation of Music Piano Music Festival 5th Year Superior, the winner of Southern California Junior Bach Festival at CSU Long Beach , Reverie Youth Symphony Organization awarded the Certificate of Arete, Certificate of Merit State Conventions, and National Federation of Music Clubs. Esther has recently done a Ted X Talk called I Met Cancer as a Teenager, and she has won a scholarship for a Cancer Essay Contest. Esther had Diffuse Large B-cell Lymphoma Stage 2 Cancer when she was 13 years old. After four rounds of chemotherapy, she has learned the meaning of hope and who she is as an individual through her cancer journey. Along with her studies, Esther volunteers at Los Robles Hospital and Cancer Support Community. She is planning on being an advocate for people who undergo cancer and helping kids and teens in the medical world in her near future. She has always loved to convey emotions and inspiration through the tones of the cello towards her audience. It has shown her a greater love and how she can portray the divinity of music. Esther hopes to lead a life worth living, express her perspective, and impact the lives of others.

Manas Khatore is currently a junior at Newbury Park High School. He has been playing piano for as long as he can remember, studying with Noelle Tinturin since the age of 7. Manas has earned several achievements through hard work and dedication at the piano bench. In 2018, he passed Certificate of Merit’s Level 10 exam, the highest level in the program. Additionally, he has participated in the Complete Works Audition for the Southern California Junior Bach Festival and has won awards in several local competitions, including the Pleasant Valley-Ventura County MTAC Branch Competition. Manas also enjoys playing and performing in chamber groups, creating music with other passionate students. Outside of piano, Manas is an award-winning lawyer in the Ventura County Mock Trial program, as well as a journalist for the NPHS Panther Prowler. He enjoys Bollywood dance and performs annually as a part of the charitable India Friends Association. This will be his first time performing with an orchestra, and he would like to thank his teachers, family, and friends for the endless support. 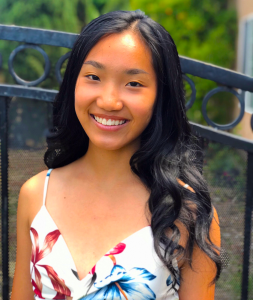 Joanne Ma is a 16 year old upcoming senior. She has been studying violin with Shuwei Liu since 6 years old. She is the concertmaster of the Chamber Orchestra at Westlake High School. Joanne has won numerous awards in SYMF, VOCE, and passed the MTAC CM advanced level with honors. At age eight, Joanne received second place at the Henry Schwab Violin and Viola competition. Since then, she has performed as a soloist and in a quartet with the Thousand Oaks Philharmonic. Joanne uses her love of music to serve on her church’s worship team as a violinist and pianist. In addition to studying violin, Joanne is an avid ballet dancer. She performs in the annual Nutcracker and spring shows with the Pacific Festival Ballet. Joanne is very grateful for this opportunity to work with the Channel Islands Chamber Orchestra and appreciates the support from her teacher and parents.

Samuel Wu has been studying piano with Daniel Newman-Lessler since 2014.  In February 2017, Samuel performed Franz Joseph Haydn’s Divertimento in C Major with the Channel Islands Chamber Orchestra (CHICO).  He is very grateful to perform again with CHICO, this time in the first movement of Bach’s Harpsichord Concerto No. 1 in D Minor, BWV 1052.  Samuel has participated in numerous music festivals organized by the Music Teachers Association of California Pleasant Valley-Ventura County Branch, consistently winning gold medals for his performances.  He was selected as one of the winners of the Southern California Regional Bach Festival.  Samuel has sung in the Pleasant Valley School District Chorus and is starting to accompany hymns on piano at local church Bible study meetings.  Samuel loves to perform for others and for God’s glory. 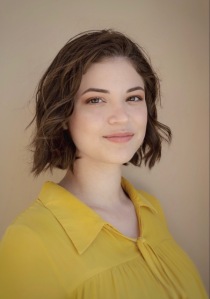 Jhessenia Swingler is a music major in Ventura College and plans to transfer to a four-year university. Jhessenia spent the first half of her life living in Colombia with her family and the other half of her life living in California to this day where she is currently pursuing a career in music performance as well as balancing her developing career as a freelance visual artist and illustrator. 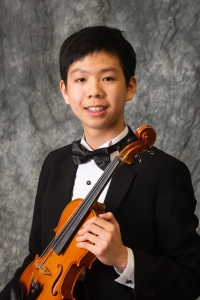 Skyler Lee is at age 14 and a 9thgrade student at Newbury Park High School at Newbury Park, CA. His first music introduction was through joining Conejo Valley Unified School District (CVUSD) elementary strings program at 3rdgrade and staying with the school orchestra since then. He chose violin among other string instruments because of its sweet tone. Soon after, he started a private violin lesson with Mrs. Teresa DiTullio at nine years old. Under Mrs. DiTullio’s guidance, Skyler was a concertmaster of Conejo Valley Youth Orchestra (CVYO) and Sycamore Canyon Middle School Orchestra.  In February 2019, he was selected as co-concertmaster at California All State Junior High Orchestra concert. Skyler also won Conejo Valley branch VOCE violin competitions for the past three years. He enjoys being a CVYO student ambassador and often performs for people in local communities who cannot attend scheduled performances such as: local churches homeless dinners, veterans’ homes, retirement centers, and hospices. He tailors his music performances to the audiences’ likes and preferences. In his free time, Skyler enjoys playing chess, reading, and listening music.