The program begins with Miriam Arichea performing George Gershwin’s Piano Concerto in F. The second half of the program includes traditional favorites to celebrate Christmas and Hanukkah, guaranteed to lead you joyfully into the Holiday Season.

Broadway Juniors are Aliza Barroca, Abigail Block, Troy Braun, Samantha Hirschhorn, Emma Safier, Riley Stork, and Neirin Winter. These teenagers are talented and love to sing. They hail from Ventura and Newbury Park, and rehearse weekly at their director Miriam Arichea’s home. Two years ago, the group performed with the Rubicon Harmonix for the CHICO holiday concert, and most of them also appeared in last year’s CHICO holiday concert.

Each student is active in musical theatre both at their schools and community theaters, including Performance Theatre for Young Artists, Cabrillo Music Theatre, and Rubicon Theatre. The group recently performed at the Ventura Friends of the Library 50th anniversary celebration. More holiday performances are scheduled at the Boys and Girls Club in Ventura, First United Methodist Church Ventura, and Casa Pacifica.

A special thank you to Cavit Celayir-Monezis (bassoonist for CHICO) for arranging many songs for this concert!

Concerto in F by George Gershwin

A man of many interests and talents, George Gershwin was an accomplished classical composer, a superb pianist, a successful songwriter, an opera composer, a composer of Broadway musicals, an avid tennis player, and an excellent artist (he spent hours in art museums studying paintings with a magnifying glass. He once exclaimed, “Painting and music come from the same source.”) His first big hit was the song “Swanee,” written when he was 20 years old and recorded on the Columbia label by Al Jolson. Seldom seen without a pipe or a cigar in his mouth, Gershwin was an intense man who worked tirelessly on his music and demanded excellence from his musicians. Gershwin’s only concerto is the Concerto in F for piano and orchestra. It follows closely on the heels of his tremendously successful Rhapsody in Blue, which itself is, more or less, a one-movement piano concerto. Walter Damrosch, the conductor of the New York Symphony Orchestra, was so impressed by the premiere performance of Rhapsody in Blue that the next day he commissioned Gershwin to write a piano concerto “more in the classical style.” While Rhapsody in Blue was orchestrated by Gershwin’s friend Ferde Grofé, the Concerto in F was orchestrated by Gershwin himself, creatively combining instrumental sounds previously unheard in classical music.

The concerto is in the traditional three movements and, like the Rhapsody, is a fascinating blend of elements of jazz, blues and classical music. The first movement, a modified sonata-allegro, begins with thunder and lightning in the percussion section, followed by a “Charleston” rhythm in the full orchestra, which serves as the first theme and a major unifying element in this movement. The solo piano soon enters, playing the sultry, blues-like second theme. The remainder of the Allegro develops the two themes, sometimes simultaneously, with the piano and orchestra playing off each other. The coda, announced by thunder again, features low strings playing another sultry melody with a couple of downward glissandos, ending in a smashing finale.

The second movement, Adagio – Andante con moto, with an overall structure of slow-fast-slow, features a bluesy muted trumpet solo followed by a response from the oboe (where you can hear Debussy’s influence), after which the trumpet returns with its seductive melody. The piano announces the second section with a lively tune characterized by a series of grace notes accompanied by a pulsating rhythm in the orchestra. A solo violin provides a transition back to the slow section, again featuring the muted trumpet. Following a brief cadenza by the piano, the climax of this movement comes in the unison strings playing a sensuous and alluring melody, hinted at earlier, and building to high intensity, only to end with an abrupt silence. The piano and woodwinds quietly end the movement with a peaceful, reflective coda.

Gershwin’s characterization of the final movement as “raucous cacophony” is pretty close to the truth, although the enticing melodies we heard in the first two movements return to give some relief to the raucousness. A theme featuring rapidly repeating notes in the piano serves as the unifying element in this movement, which is essentially a rondo (like many classical concertos.) A raucous coda with hints of thunder and lightning leads to noisy dissonance in the orchestra just before the piano provides a short break in the action before the final crescendo.

Classically trained as a composer at Harvard College and Harvard Graduate School, Leroy Anderson is best known for his popular light orchestral works of the 1950s. His first hit, “Blue Tango,” was the first instrumental recording to sell a million copies. His other hit recordings, many of which were used as radio and TV theme songs, include “The Syncopated Clock,” “Trumpeter’s Lullaby,” “Plink, Plank, Plunk!” “Fiddle Faddle,” “Jazz Pizzicato,” “Bugler’s Holiday,” “Belle of the Ball,” and “The Typewriter” (which uses the sound of a real typewriter, including the carriage return and the bell.) While many of these works are not heard as often as they were in the ‘50s, his biggest success, “Sleigh Ride,” is heard by millions every holiday season.

A Christmas Festival, another of Anderson’s works to enjoy innumerable annual performances, is an instrumental medley of eight traditional Christmas songs, with brief transitions to change tempo and key. No need to list them here, as almost everyone is familiar with all of them. It is worth pointing out, however, the brilliant introduction, which combines “Joy to the World” and “Deck the Halls.” The final song, “O Come, All Ye Faithful,” is a Sousa-like march with “Jingle Bells” as a counter melody. Finally, the coda is a meld of “Joy to the World” and “Jingle Bells.”

Another medley of Christmas songs, Christmas on Broadway incudes songs that are heard less frequently than those in Leroy Anderson’s medley. Among those in this collection are “God Bless Us Everyone,” “March of the Toys,” “My Favorite Things,” “Pine Cones and Holly Berries,” “Toyland,” and “We Need a Little Christmas.”

A modern Christmas carol, “Shepherd’s Pipe Carol” was composed by John Rutter when he was an 18-year-old college student. At age 74, he is one of England’s most famous choral composers and continues to write music, teach, and conduct workshops in England and the USA.

Another modern Christmas carol by John Rutter, “Donkey Carol” tells the story of the donkey that carried Mary into Bethlehem, led by Joseph, and who witnessed the birth of the Jesus child.

“Promise of Light,” “Pitakhta” and “Light the Legend” arranged by Cavit Celayir-Monezis

A graduate of UCLA with a degree in bassoon performance, Cavit Celayir-Monezis teaches music for the Conejo Valley Unified School District and plays bassoon in our chamber orchestra. Promise of Light was composed by Joel Raney and is part of a Christmas musical. Pitakhta is a choral work composed by Mark Foster and Light the Legend is a choral work for Chanuka composed by Michael Isaacson and Susan Nurenberg. 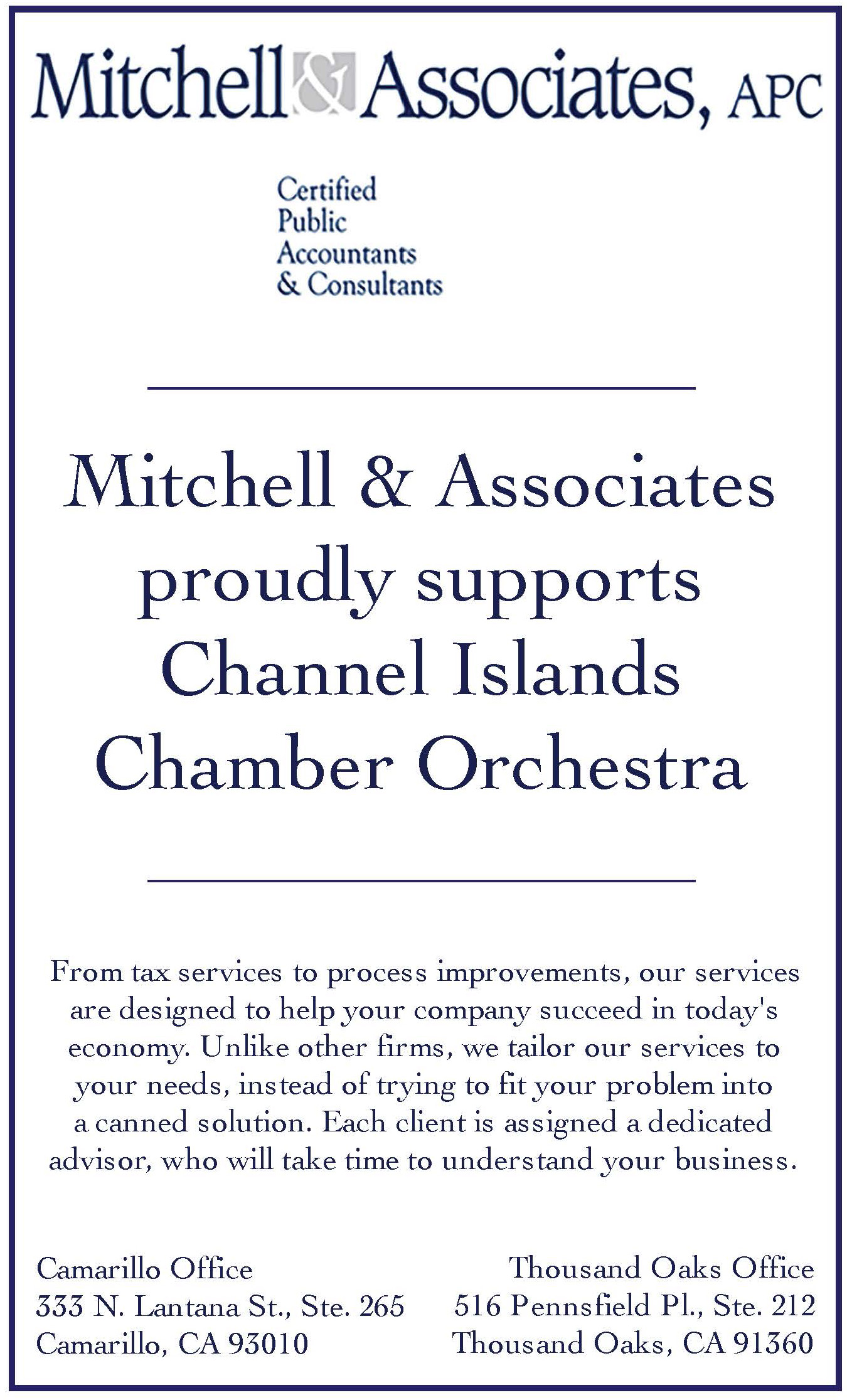